I've been smoking marijuana since 1993. You can see from the number of posts I've made in this blog - I have quite the enjoyment level of recreational marijuana. Sometimes, I just like to do some weird or intense smoking. 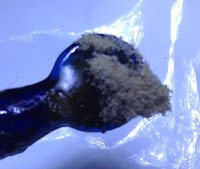 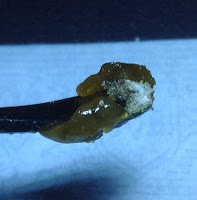 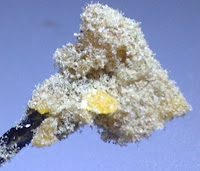 For the most part, I'm not all that experienced with concentrates, having only been dabbing for a short duration, and there's quite a bit to still try.  However, I've had several separate sessions of dabbing and have an expansive repertoire already.  Part of that is combining concentrates to significant extremes.  It was also very fun.  The primary smoking device was Hellboy, a great little rig with a Quartz Castle nail.

All of this started out with Epic Dab Night and we were using heat to make blobs of Snap and Pull malleable - with it's sticky, gummy consistency reduced we could stick it in a jar of kief and get kiefy.  Some people don't count kief as a 'concentrate' - I sure do.  It's the entry level, for sure, but it's concentrate.  It always seems to add a seriously sweet and flowery flavor, with somewhat acrid smoke.  This was some relatively gummy Humboldt dipped in a blended kief.  The glass dabber is about 10mm wide.  Smoke on this had tons of body and was a bit chemically.  The kief didn't really do much for the Humboldt's taste.  The high was quick and tight. 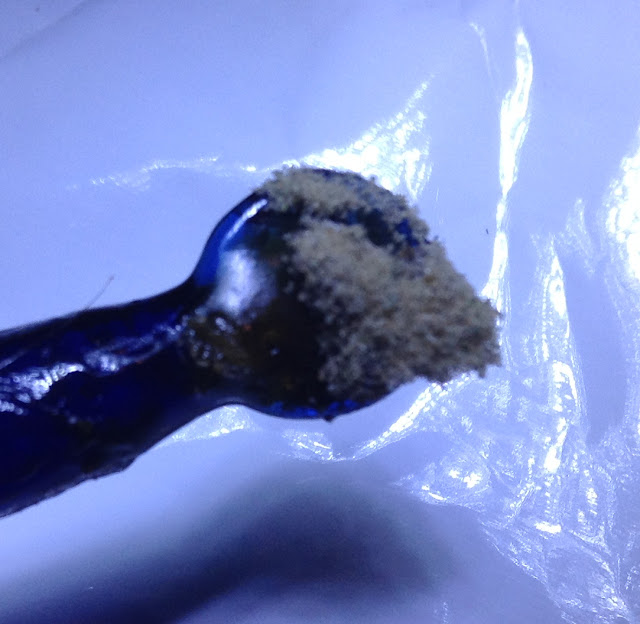 Next, we got a little silly and had some of the super-consistent and incredibly tangerine Ghost Train Ecto that was rolled in all-Sativa kief.  This was ridiculous - about 10mm wide. The kief added a seriously sharp edge to this delicious Ecto, making it much less tangerine in the aftertaste and much more lemony.  It was still super tangerine on the inhale and exhale, like the Ecto is. The high on this massive concentration of Sativa was insane, and talkative as hell.  Dabbing this got us up out of our seats and gesticulating. 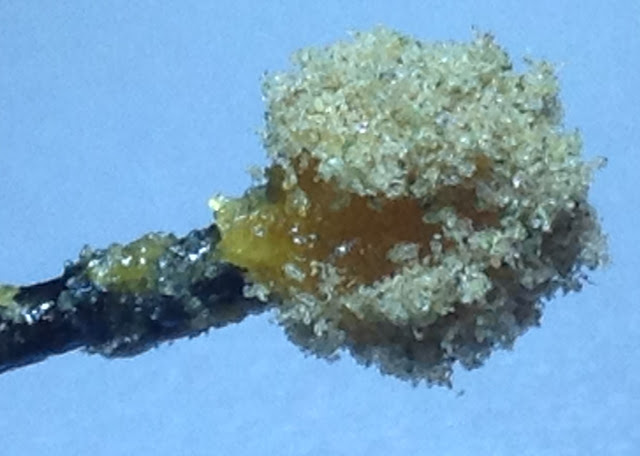 There was another session where we decided to triple up the dabs.  For reference, there is 20mm or so of dabber in the picture, compare it to the JOB rolling paper background.  This was just a ridiculous dab, and two people took these.  In the bottom of this is some Oakland Kryptonite and it's boogery texture.  On the top (background) is delicious White Widow which has caramel texture.  In the center, that white crystally thing is the amazing, sharp-edged and sharp-smoking One Love in the Raw.  This was tough to get down, being so huge and so many potent marijuanas.  But we did it.  The high was euphoric as can be, and I went on a journey through several universes.  Once I settled back in what I'm fairly certain is Universe Prime, the night continued. 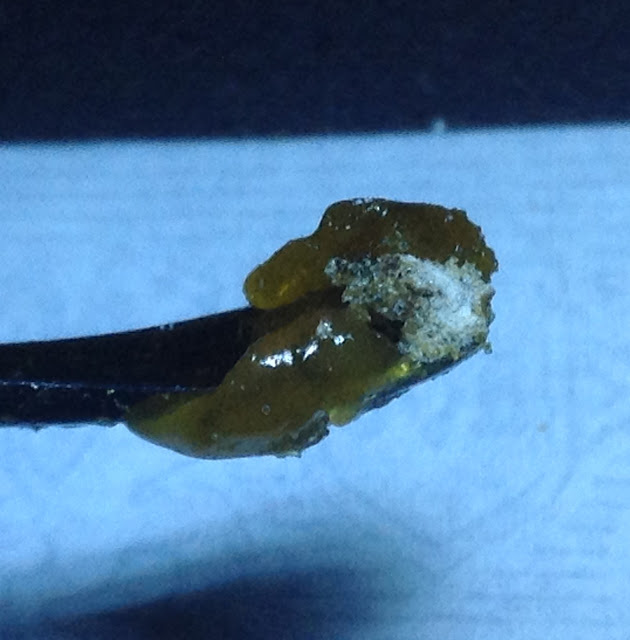 The most lavish and exorbitant of all the dabs was this a massive blob of Ghost Train Ecto wax rolled in the most delectable Phat Albert wax.  In case you did not follow any of the links in this post, the Ghost Train Ecto comes in at 74.74% cannabinoids.  Phat Albert is 94%.  The dab on this was heavenly, if a bit massive.  There was serious tangerine flavor as expected - but the Phat Albert tempered it down and made things more lemon, in a similar way but much less intense than the kief did on the other such dab.  The high was very intense, a rollercoaster ride for the first 5 or 10 minutes, followed by almost giddy joy and elation.  This was incredibly happy and giggly. 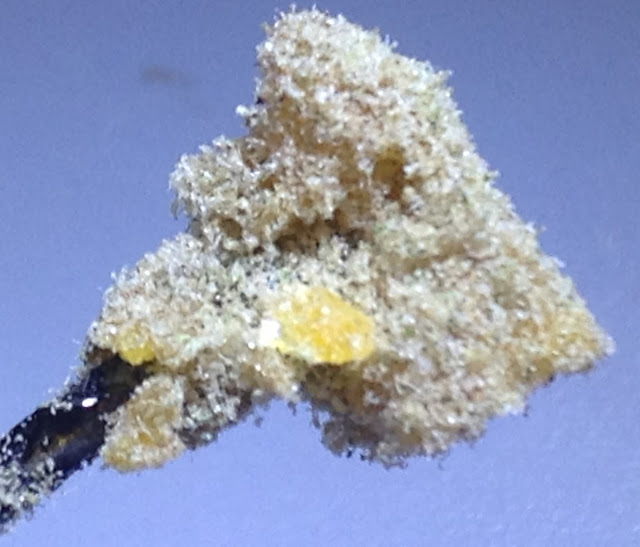 Overall, I really enjoyed smoking all this pot.  What else can I say?  I got high as balls off all these concentrates, and playing around combining them is a great way to get weird.
at 11:07:00 PM