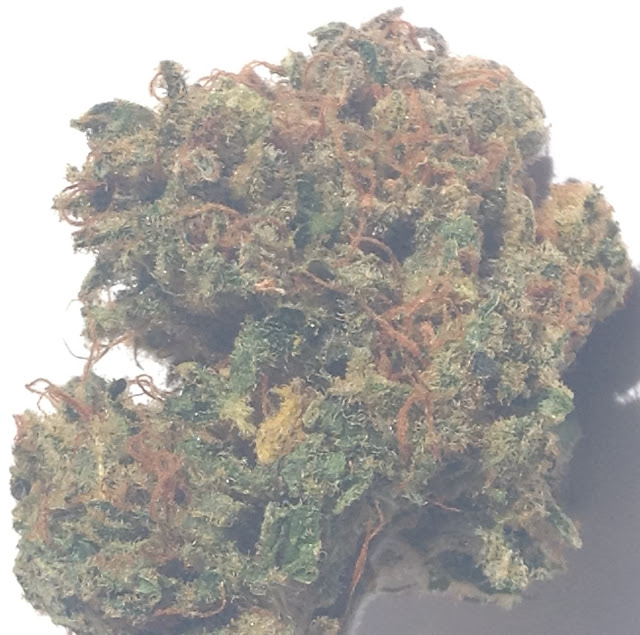 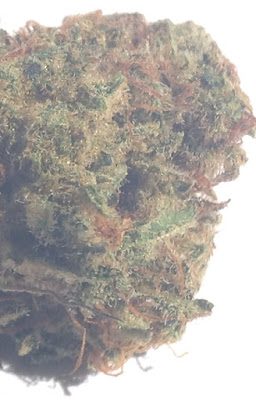 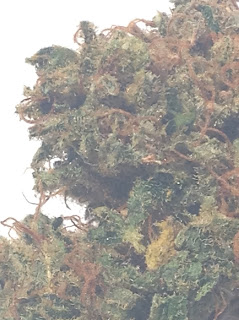 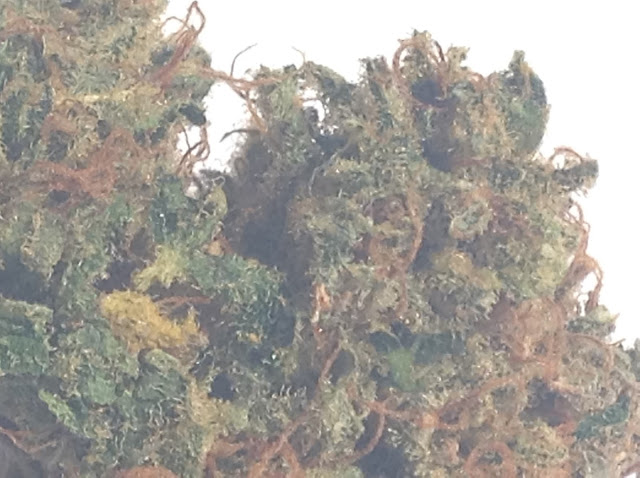 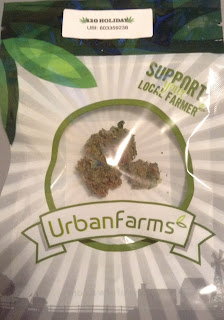 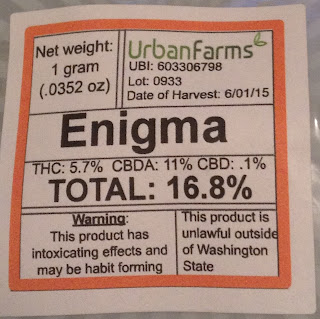 When you think of pain relief from marijuana, CBD is where it's at.  There are quite a few high-CBD strains, including quite a few from the Sour Tsunami strain.  Generally these are Sativas, so even though the THC content is very low, there's still a bit of a head high.  When there's a high amount of CBDA, you can be sure that it's effects will hit fast.

This Enigma is a fluffy sativa, and while a bit compressed, there's a lightness to the buds.  It was cured well, and crisp when broken off the nug.  This crumbled into decent sized bits and released a scruffy kind of earthy smell.  Like thin dirt from the alley, not rich soil from the garden.  There is definitely a citrus-diesel tang running through the smell.

First touch of flame, this stuff lit right up.  I caught flame which doesn't often happen - not with a single flower I've reviewed so far.  It was a bit rough on the smoke.  The smoke felt tight, compressed.  For some folks who need this strain's pain relief, this is probably going to be harsh.  The flavor was grassy and sagey, with almost an echo of a very sharp sweetness that came on as an aftertaste.

The high is great.  CBD relaxes the body significantly and really stops you from feeling pain.  Normally I'd smoke CBD pot with something with more THC.  But smoking this straight, the head high is almost there but really isn't.  What head there is feels slightly dreamy but overall pretty clear.  There's no pain after smoking this, essentially immediately.  The worst of my considerable knee pains were reduced significantly, and my back felt great.  The head was ok while the high lasted, but I was slightly edgy - maybe because the head high was so elusive.

While Enigma is not even close to the highest CBD marijuana I've encountered, it was a good smoke and for someone with a much lower threshold this would be way more fun and a lot more effective than a couple aspirin.