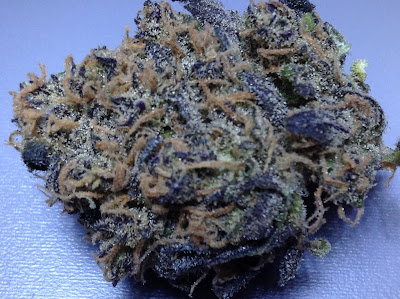 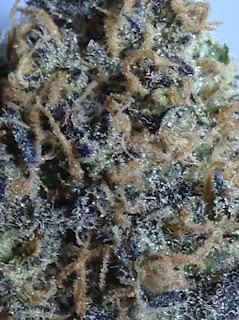 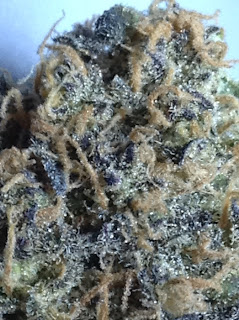 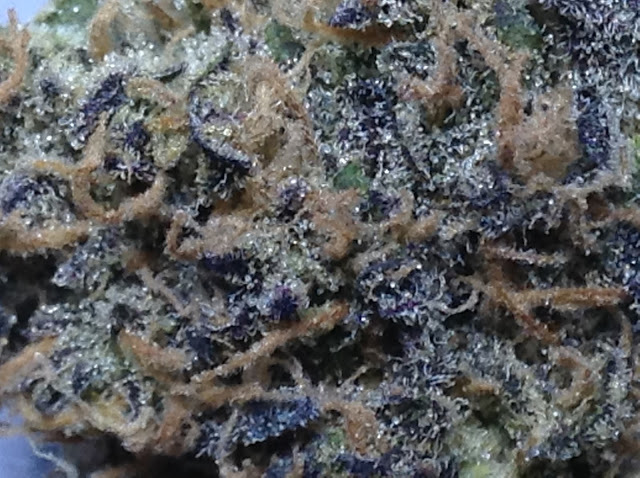 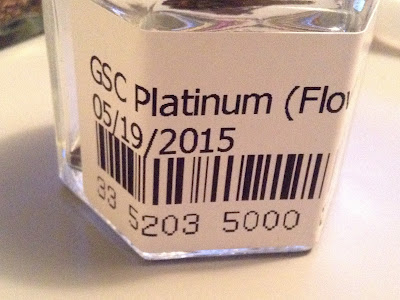 I received this marijuana a while ago, and took pictures when I first got it.  They're older, with my older method and equipment.  Don't judge me too hard over it.

When I smoked this, I didn't have any of my new gear with me.  If it wasn't the only marijuana I had at the time, I would've smoked something else.  It is what it is, and I've already had a minor existential crisis about reviewing this in the first place, because I received it directly from a sales rep as a sample.  I've been holding onto this for a few weeks, other than a little bit that went into the One Gram Five-flower joint.

Under Washington's legal, recreational marijuana laws, i502, producers and processors are heavily regulated in what can be used as samples.  Free pot is treated as a serious danger.  The WSLCB really wants every penny of tax dollar, and basically every gram of pot produced legally is monitored closely.  This is absolutely the same at the retailer level.  It's somewhat different than how legal marijuana is sold in other states. The sales rep and retailer who got this to me while I was budtending, provided me one of only a few grams they are allowed to hand out in this manner, so I feel great about receiving this.  No one asked me to review it, or anything like that.

The flower is absolutely gorgeous.  The hairs are sturdy and very present inside of this amazing purple flower.  The crystals are essentially the only green part of this.

Berry and candy are the smells that dominate this flower.  It's pungent and the smell is very purple.  The crystals stick to your fingers as you crush the bud - and then the smell spreads significantly, almost embarrassingly, heavily.

The smoke on this is so damn dense and luscious and wet.  It fills your lungs with berry sweetness and heavy, dank marijuana flavor.  The exhale is very sweet and has a citrusy zing from the crystals all over this bud.  The smoke hangs in the air for quite a while, and smells as good as the hit tasted.

Overall, the high on this was relaxing and mellow.  I felt my legs were jello and my arms like flags.  It was very couchey and dumb.  My mind went on a very intense rambling imaginary flight of fancy that seemed to last for a couple hours as I stared off into space sitting under a tree in my backyard.  During the high, I got the munchies hard.  After the come down, I was incredibly tired and restful, which lead to a short weed nap.

This is a great balanced hybrid with intense mental effects and solid physical effects.  Overall this was an exceptional experience!
at 11:17:00 AM