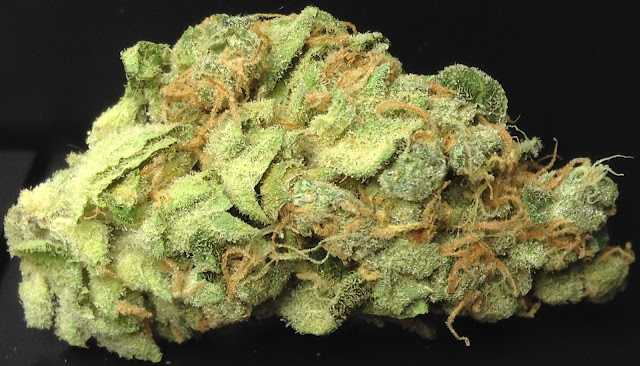 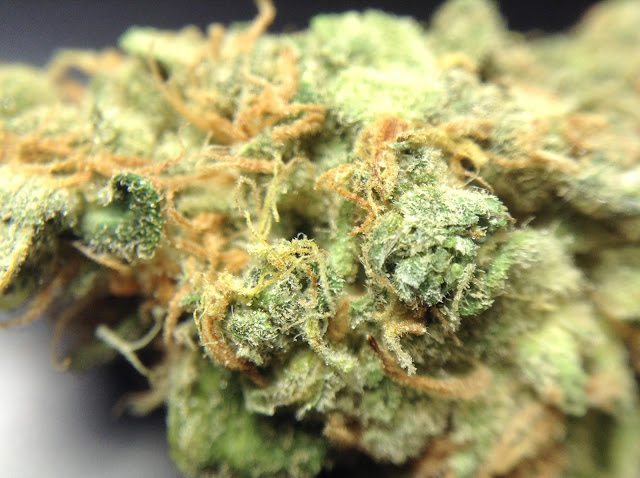 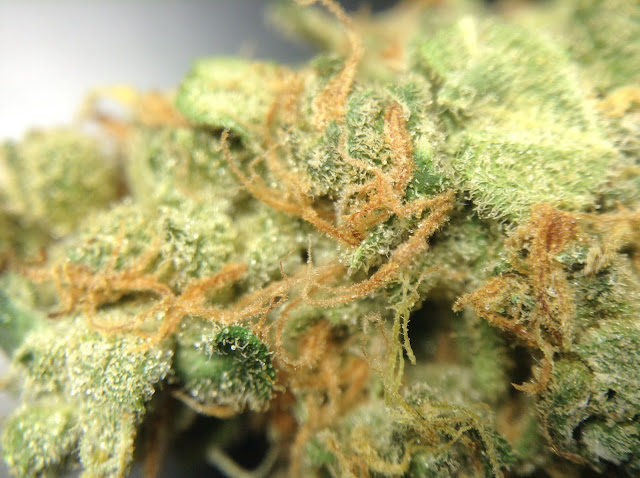 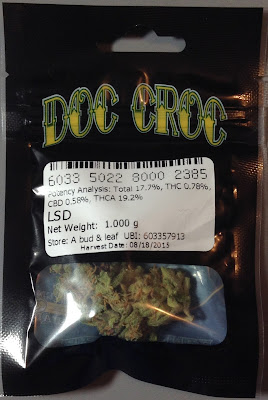 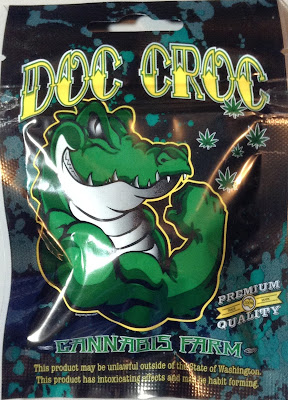 I love Doc Croc's marijuana, I've picked it up nearly every time I've had it.  This was even a bargain buy at just $10 a gram.  The total cannabinoids are every-so-slightly low when compared to other delicious #WAPot where 20%+ is becoming the norm.  This is labelled as "LSD" and I have no choice but to believe this is Lemon Sour Diesel.

These buds are clearly Sativa, very long and loose.  There are long, bright orange hairs everywhere and the trichromes are beautiful and dense.  The trimming left some little sugar leaf left on the back of these buds.

I actually used precision scissors and cut them off.  I ate them - they were tender and delicious.  It reminded me of eating fresh sweet peas or a green bean right off the vine - very vegetabley with a crisp, natural sweetness that was pleasant and mildly citrus. 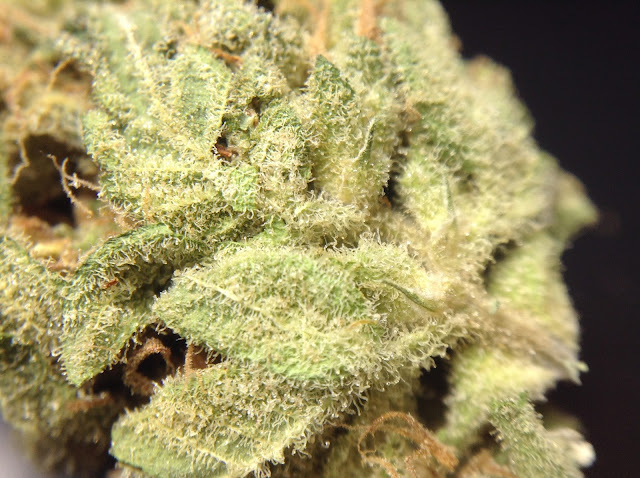 The smell of this is ridiculously sour.  The stank spread so heavily it's almost comical.  Crushing it only gets more skunky dank smelling.  A bright citrus tang shines through.

The smoke on this is hugely flavorful.  The sour smelled ridiculous and it tastes just as potent.  Again, the skunky smell is almost comical it's so potent.  Smoking this, I'm sure neighbors two blocks away thought someone right next door was sparking up.  Citrus is present on the exhale.  My garage smelled like this exhale hours later, and that virtually never happens - not even after moderate amounts of dabs.

There was a definite stinginess to the smoke.  Especially on the exhale,  I coughed a little bit and the sting made my eyes water.  I guess this is probably the real reason this is a value buy.  Everything else about it is great, except I had a tough little sting at the end.  It's definitely not a deal-breaker, I happily smoked up every little bit of this delicious Sativa, cough or no cough.  Besides, as we used to say in Winfield, IL: If you ain't chokin', you ain't tokin'!

The high was awesome.  I was spacey and uplifted, my mood was definitely significantly improved.  I haven't even talked about the 0.58% CBD in this, which is a really high number for your everyday sativa strain - about double what I consider "a lot" in a THC-dominant strain.  The body on this was serious, I couldn't even get up and stretch.

Long legs on the high, and the come down was relatively long.  When I finally was able to get up, the first thing I did was eat.  I had the munchies at the end and then felt great - no weed nap here!