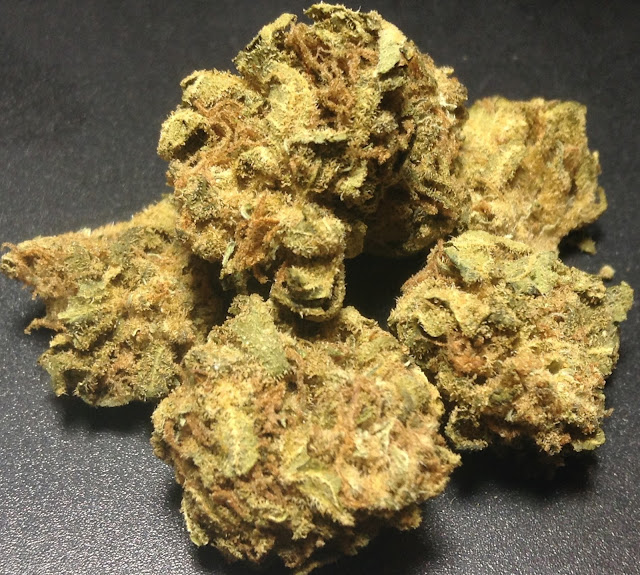 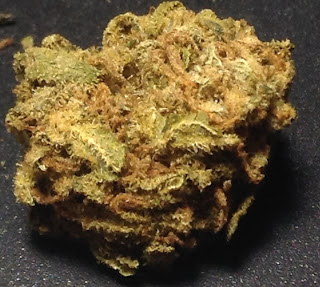 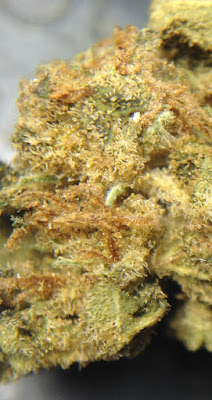 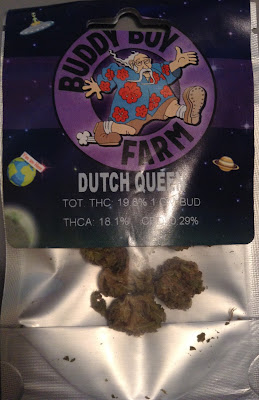 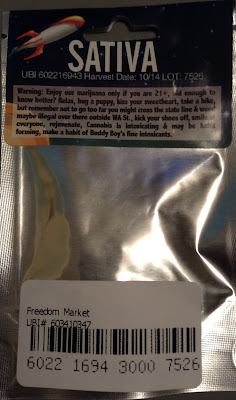 My wife picked this strain out, and she chose it over one of the parent strains of this hybrid called Space Queen.  Normally, I'm the one who buys the marijuana and my wife barely even smokes.  She really did think she was going to get this gram and hang onto it for a couple weeks, smoking it a puff or two at a time.  That's not quite what happened, and I owe her a gram of weed now.

The smell on this is like a flat wall of faded spices.  There's a kind of sharper kind of compressed, aggressive herbal scent overarching it all.  The smell did not spread very far when the buds were crushed and ground up.

My first smoke off this was an unexpectedly huge blast of spice and sharpness right in the middle of my face.  I was overwhelmed, and coughed for seriously two straight minutes.  I really did not expect that much heavy-duty sharpness from a smoke with such a flat smell.  It was really aggressive.

Other nuggets were less aggressive, but not by too much.  The smoke was sharp and stinging.  On exhale, the only flavor that could be really tasted was that herbal spiciness and hot burning.  The smoke on this is why I owe my wife a gram - I smoked all of this marijuana before she got much because I wanted to save her the burn.  She's way about a mellow, smooth smoke, like an aeroponic Obama.  I think that a large part of this might have simply been due to the age - this was harvested 10 months ago and is the oldest weed I've smoked legally.

The high on this was well-balanced, for all that it took forever to stop coughing.  The Dutch parentage is very present with a calm balanced high that felt great as a start to the day and as a late-afternoon pick-me-up with coffee.  The legs were decent on this Dutch Queen and kept me uplifted all day.  The best part of the high was the super-duper improvement in mood.  I was entirely happy without being edgy, making the rough smoke well worth it.