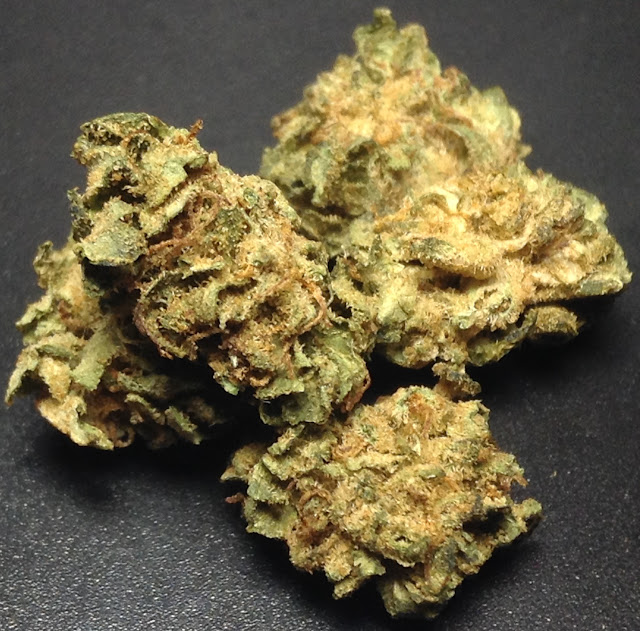 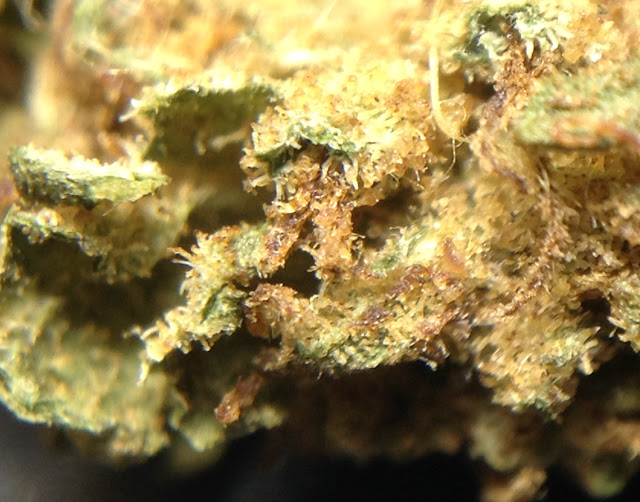 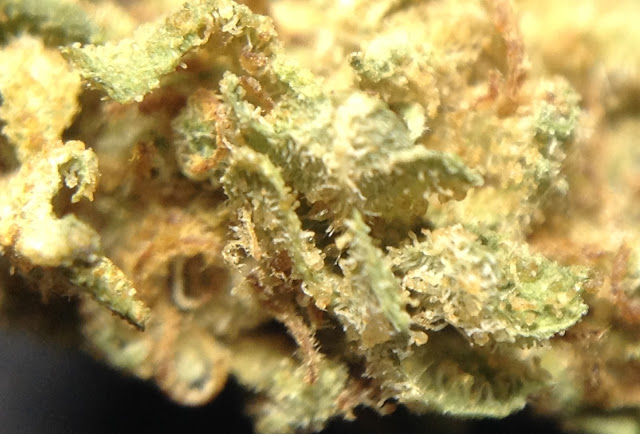 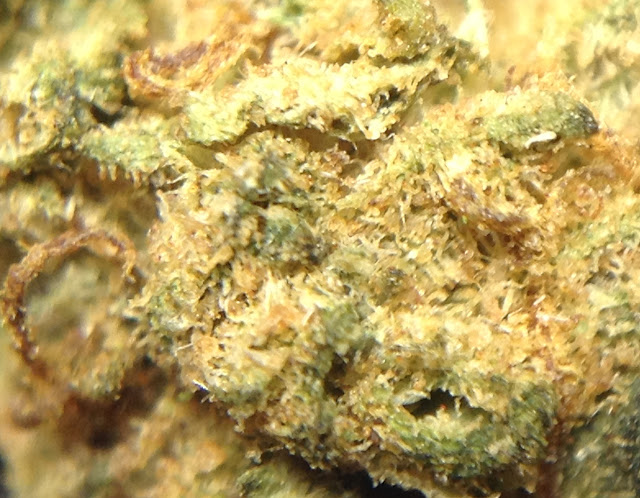 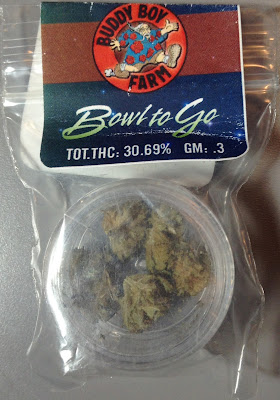 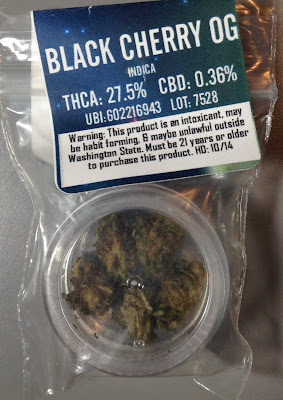 These little sampler packs of nugs are pretty cool.  Generally, I like to sample marijuana through 2-3 bowls at least.  I had to get creative and smoke slowly on these.  How do you turn down 3 strains for $16 though, really?

The smell on this is not very pungent, as you'd expect.  Not only are these packaged from stuff that doesn't even qualify as popcorn buds, it's older marijuana, too, harvested almost a year ago.  Even though, there was something of an earthy, herbal smell to it.  Had to get it basically in my nostril to smell it, though.

The bud was absolutely dry.  It broke down well, and there was a slight sweetness released along with an expansion of the tight herbal smell.

That herbal smell continued on into the taste, presenting as a sharpness on the inhale and a robust, wide-seeming herbal, natural, soft-vegetative flavor.  It was pretty nice, for what it was.  It definitely wasn't a fruity black cherry.

I got high off this almost before I blew out the first hit of the the first taster.  It was nearly instantaneous - my eyes got heavy, my forehead slumped, I felt my neck relax.  By time I finished this little stack of micro-nugs, I was stoned and dumb.  This kept on for just a short while, the real heavy part of the high was relatively very brief.

It did lead into an amazing sleep, just 20 minutes later.  I had very vivid dreams - which is rare for me and I do attribute it to this smoke.

Overall, this ain't a bad way to get samplers of marijuana. I will say that these were supposed to be a 'deal', actually that got me 0.1g less for $1 more.  It should definitely be fresher, more enticing marijuana.  I'm glad the high was sturdy and potent!
at 4:20:00 PM