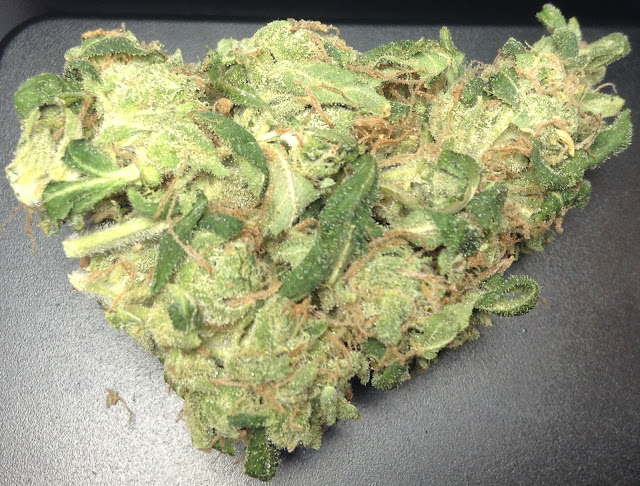 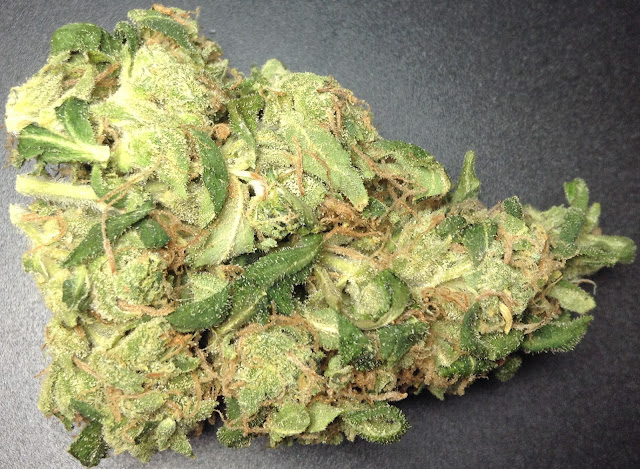 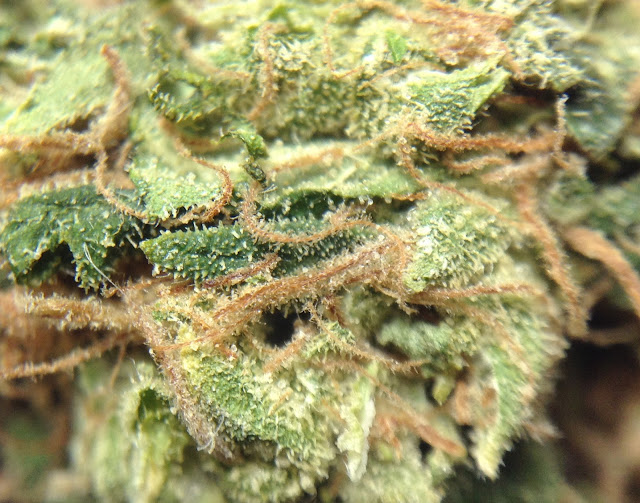 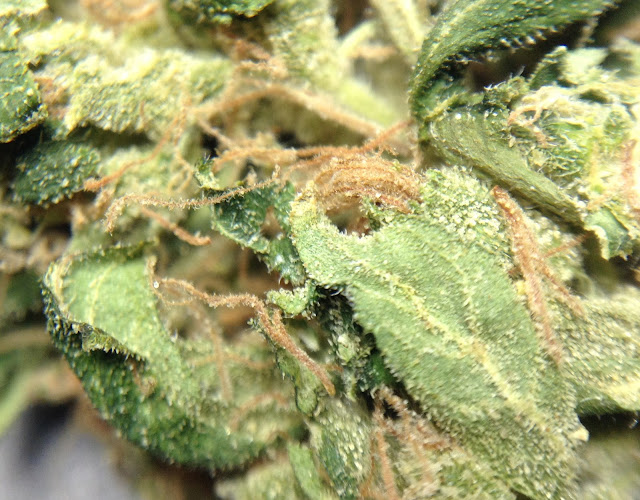 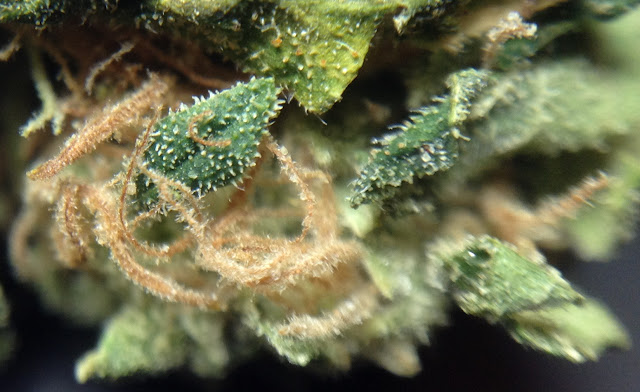 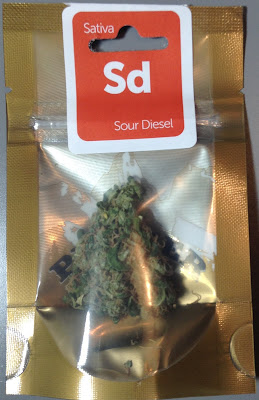 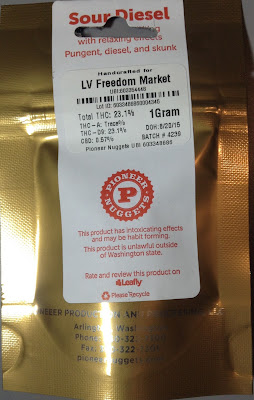 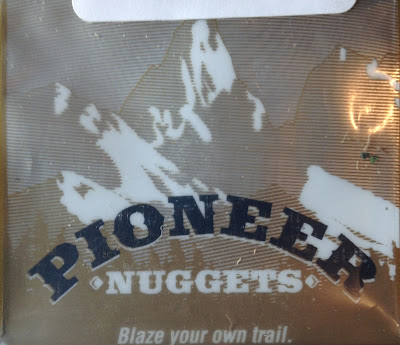 This is an excellent triangle.

Opening the package, the smell just expands out like a olfactory invasion.  It filled the space I was in, and expanded far beyond it, and the smells hung for far longer than I'd expect.  It's super pungent, with massive earthy, vegetative smells behind the sour pungency.

It wasn't until I took the bud out of the package that I noticed the really artistic background printed into the mylar and the awesome slogan behind the nugget.  I like this packaging very much.  It could be improved and made to look even better by printing the Pioneer Nuggets on the clear plastic layer, so it's visible in front of the bud, and leaves a great 3D effect when empty.

This triangle broke down nicely, each little bud a beautiful, neon-and-dark green color.  Beautiful bright orange hairs are everywhere on this pot.  It's very loose and light, what you expect from a pure sativa strain.  There were very little surface resins to this, and what crystals there were didn't really shake off too badly.  Even the hairs generally stayed in place.  Normally pot this loose and leafy and well-cured deposits piles of debris everywhere.

The taste on this was hugely pungent on the inhale.  Holding it in there was a faint soapiness - like you get out of good Girl Scout Cookies. On the exhale, the vegetative flavor becomes almost overwhelming and there's something of a medicinal, deep rosemary tinge to the exhale.  Overall, throughout the entire gram, there was a rich, musky note that persisted in the aftersmell.

The high was emotionally uplifting, and happy.  I was smiley and giggley at times, over the silliest things.  The end of this came after some serious long legs, and it ended pretty sleepy.  I smoked some mild indica-dominant hybrid after and it transitioned into a great, long night of sleep.

Overall, I'd say this is an alright production of Sour Diesel.  It's a favorite strain - not just mine, but of most everyone I know. I've smoked lots of Sour Diesel in the past.  This one ended very much like a mixed hybrid and didn't provide any of the energy I expect from this strain.  It was still a great smoke, and delicious throughout. I just don't think they quite nailed Sour D.  The flavors were much more earthy and vegetative than they were Sour or Diesel, and in fact the Sour was only there on the smell and buried unfathomably deep in the pungency of the inhale.

I think I'm all but obligated to try this marijuana again from a different harvest.  I'll definitely update!