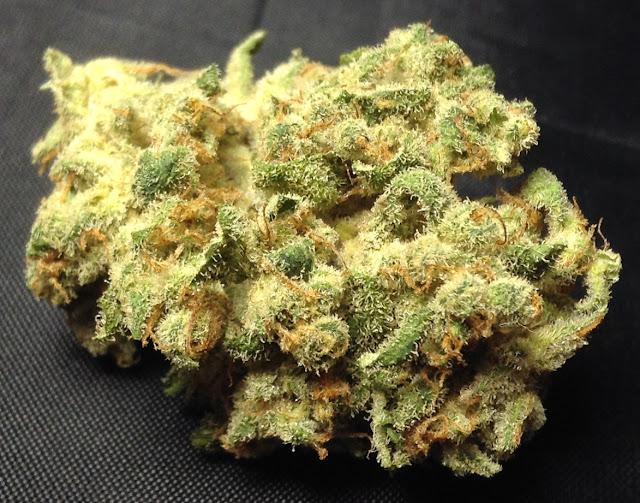 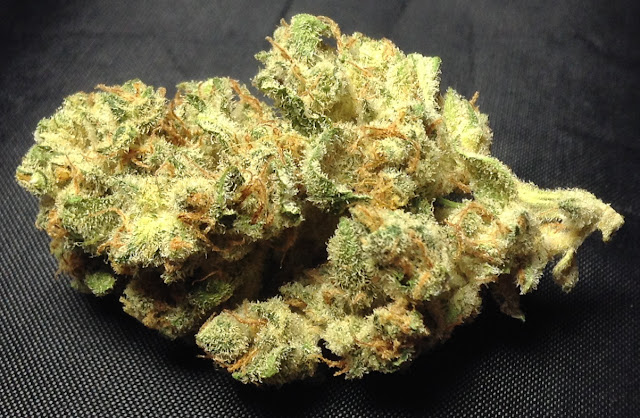 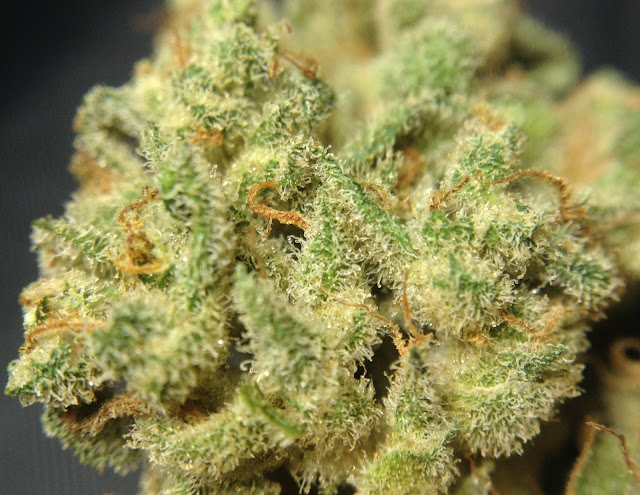 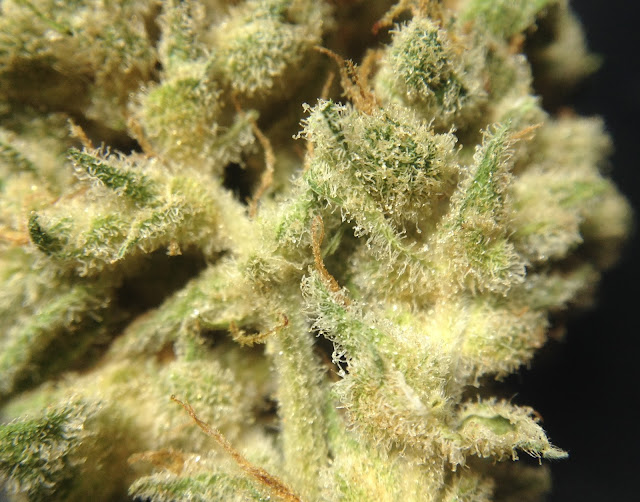 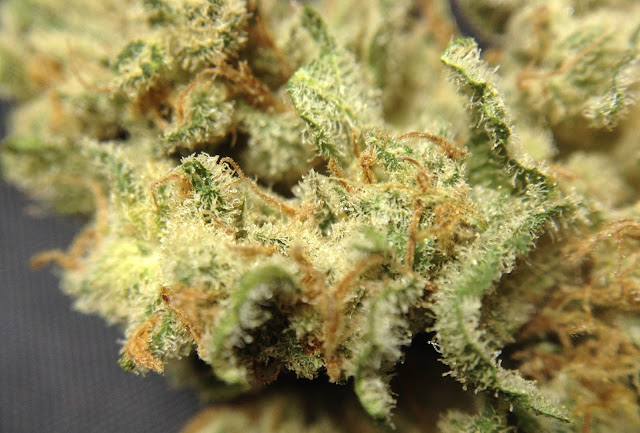 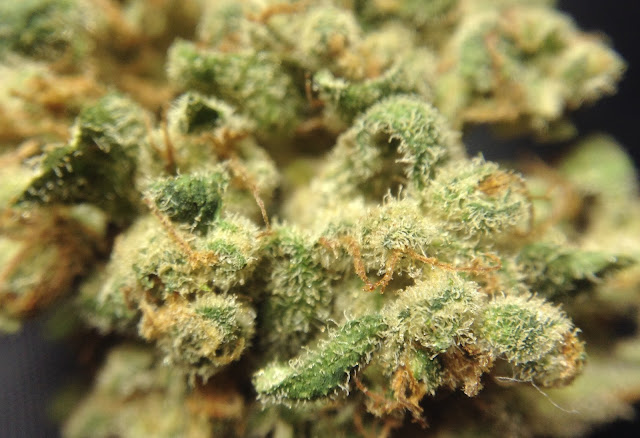 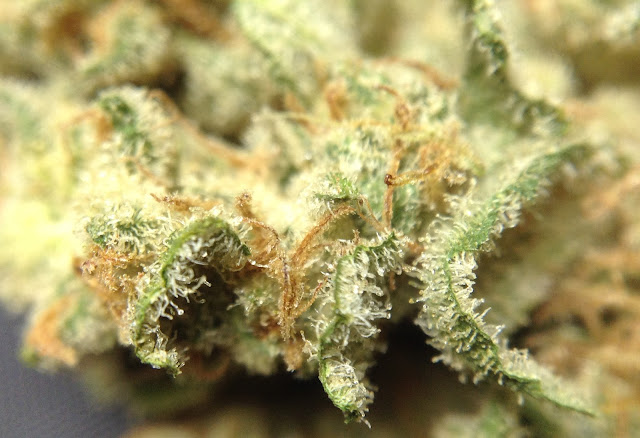 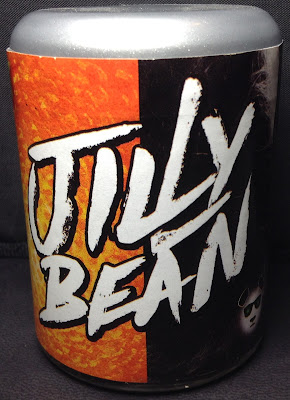 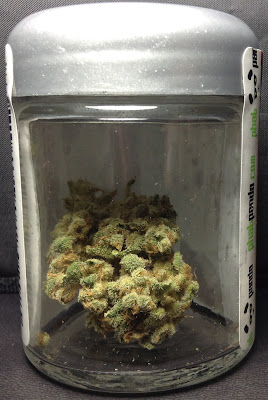 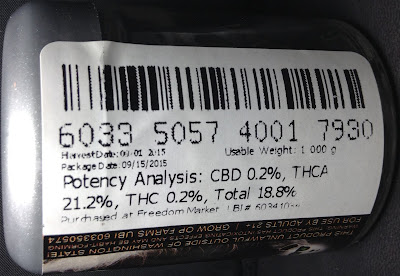 Having spent quite a bit of time in several different retail marijuana producer/processors lately, I have become familiar with several aspects of the growing process - lots of new knowledge and broad experiences. I've become familiar with a particular smell common to many operations - the smell of nutrients aka nutes - used in all plant and flower growing industries. In Washington's legal marijuana industry, only particular individuals with specific accountability may measure out and mix nutrients for application, and every application must be documented completely.

The smell of these nutrients is particular, an aroma familiar to pretty much everyone who works around growing plants. I used the noses of two other people who work in the marijuana industry to confirm my sense on this.  If you're going to use heavy nutes, you have to flush considerably - drain every bit of leftover fertilizing mix out. In this case, Phat Panda did not flush this well.

Opening the jar of this Jilly Bean, which is excitingly frosted with trichromes, the stink of nutrients is like a punch to the sinuses. It's raw, it's acerbic and vitaminy. I ventured deep into the smell of this flower and deciphered an underlying lemon zest note. It's lively and sparklingly citrus, just buried in palate-destroying nute flavor.

The smoke on this was thin, raspy, and overwhelmingly salty.  Flavor on the smoke is much like the aroma - woody, bitter, and acerbic with nutrients. The exhale had the deep lemon zest peel citrus present down in the smell. The smoke had a sting throughout that was not pleasant.

I had virtually no effect whatsoever from this Jilly Bean, and so ended up smoking essentially the whole gram while chasing a high. I had a slight eyemask feel, but it lasted for 30 seconds or so. There was a slight uplift with spine tingle several minutes later, but it too faded nearly instantly.

I kicked back with a book and chilled in a comfy spot waiting for this Jillybean to kick in. I had two surgeries the day I smoked this, and was really hoping to use it as a mental distraction to turn away the boredom of being stuck in bed for a few days. I called up Marijuana Encyclopedia co-host Ryan, and he was able to hook up some of Master Grower Dan MC's newest medical strain called the Red - some killer stony medical that helped immensely. I'll be reviewing it soon!

Overall, I'm disappointed for the second time in a row with PhatPanda flower. The last time I bought PhatPanda, I found synthetic rope fibers in my Golden Pineapple. Now, unflushed, salty, nute-heavy Jilly Bean. This is the brand that has sold the most marijuana in Washington so far, and hopefully they step up their quality. It's a shame this gorgeous marijuana was so poorly tended.