Omrita - From the Soil Farms at North Bay MJ 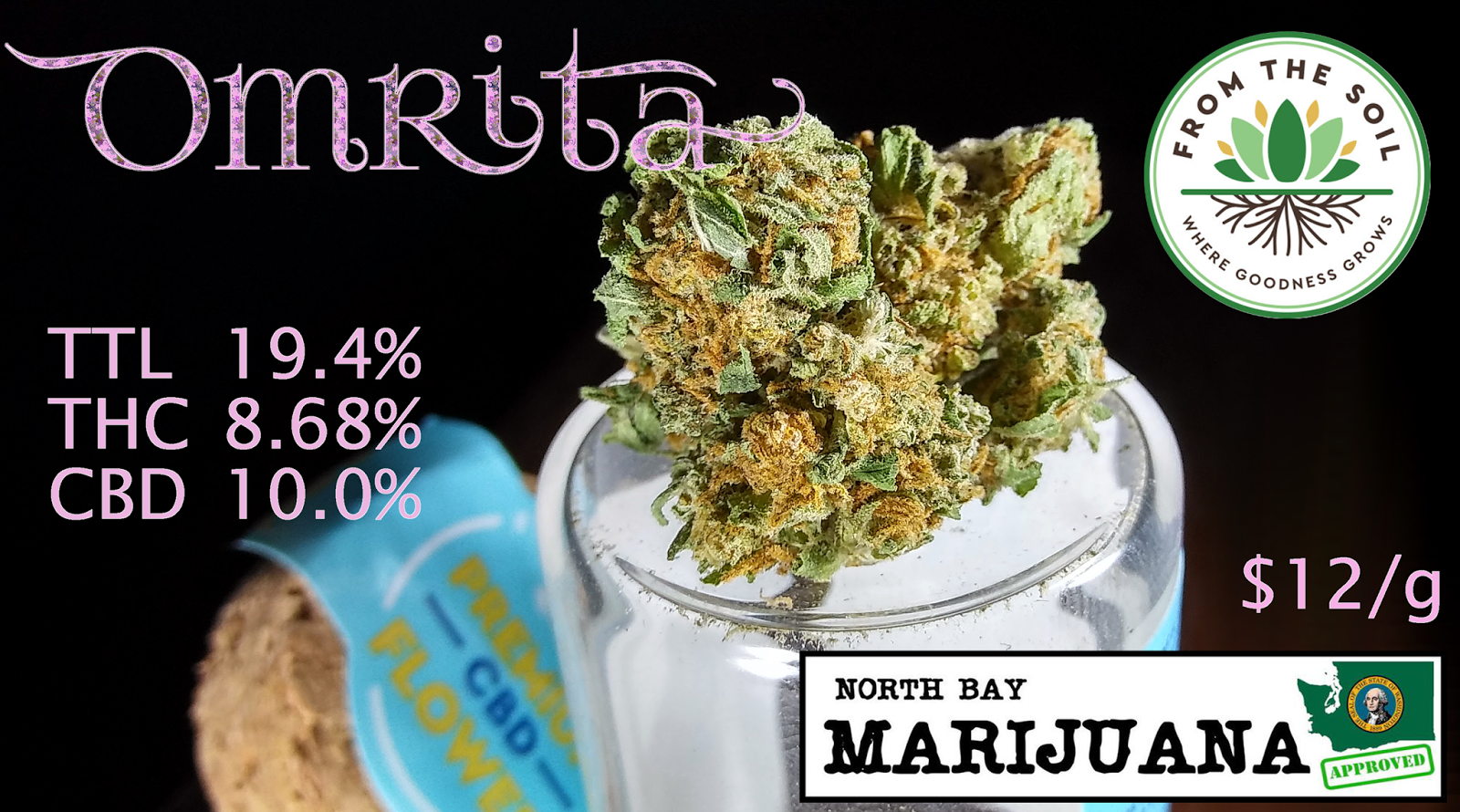 Omrita - From the Soil Farms at North Bay MJ


Whenever I see a CBD strain I have not tried, I get it! I had to look into the name of this one, something I honestly almost never do. It turns out this strain's name, according to Wikileaf, dates back to Vancouver Island Seed company. So the word "Omrita" appears to be a bastardization of "Amrita", which is the Anglicization of अमृत which is a sanskrit word meaning nectar. It's along the lines of ambrosia - nectar of the gods. Also a lovely first name. One more interesting point, about the flower, not the name - this is an indica-dominant high-CBD strain. Most CBD strains are Sativa-dominant, that we've encountered.

Opening the jar, there's a tea aroma with faint orange under it. It's light vegetative and the aroma doesn't spread far. The buds are somewhat small, and powdery when broken up. It's got a low moisture level - that is, it's somewhat dry.

On the inhale, it's got a good orange taste with vegetative notes like crisp greens and a bright edge. The smoke is wispy on the inhale and exhales smooth and creamy.

The high on this starts in the face, and is present in the cheeks and upper lip. This is clear-headed throughout and the face high turns into the clenching of jaws. Otherwise, everything got super relaxed. We kicked back and relaxed with a sleepiness at the tail end.

Overall, aromas and flavors just weren't all that pronounced, but the effect was fantastic. Indica tones without the big psychoactive effects, and lots of body relaxation leading to sleep.

A bit on the packaging- I love these From the Soil jars. You can see how pretty they showcase the cannabis, and they're really useful later. Dabtool holders, other buds,   I keep epsom salts in one, for glass cleaning. Super handy, so thanks From the Soil folks!