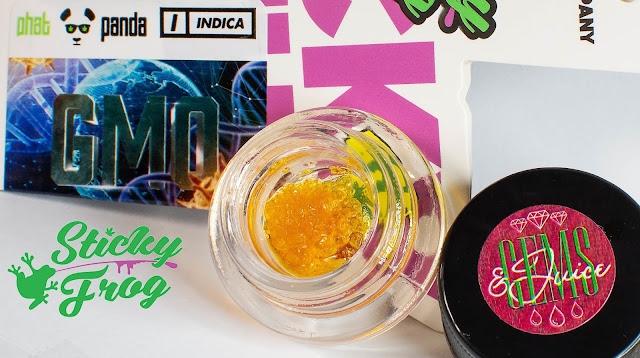 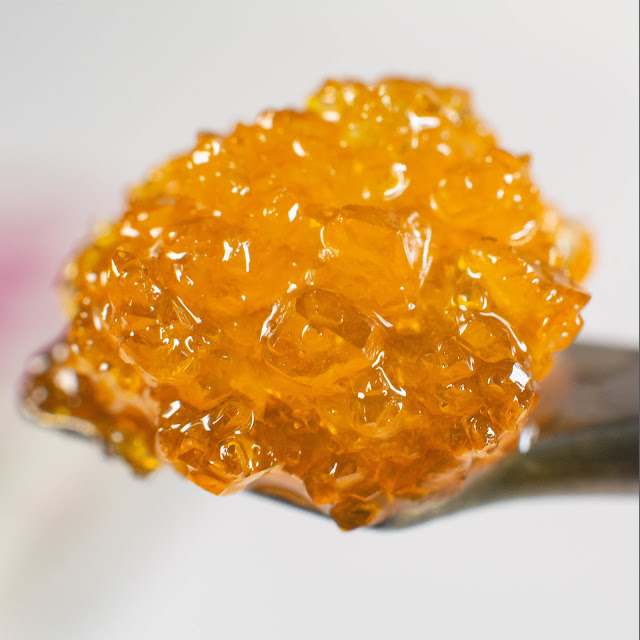 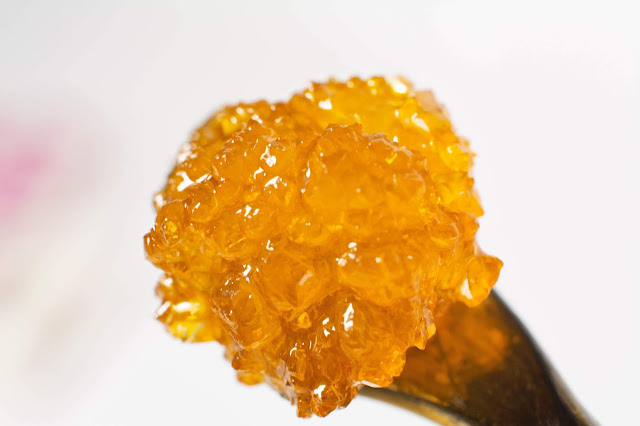 Do you like the smell of armpits and rotting doom? Then I've got some dabs for you! This is foonky.

Wow, these are beautiful. Nice chunky diamonds in some extremely terpy sauce. There's a great structure to many of the gems, in the solidified honey.

Opening the jar, a massive blast of garlic onion hits so hard it almost hurts. This is a rare terpene aroma and it's pretty much what the flower smells like too. There's a cookies heritage to this strain and you can feel it in the sinuses with a pervasive, witch-hazel sort of pungency (not quite the aroma, to be clear).

This melted so beautifully, and I let it sort of go for a second so the gems melt down at a low temp. Inhaling, first it somewhat overwhelming the flavor of funky onions overwhelms all the sensations for a moment. My nose started running immediately, I had to close my eyes really tight to keep the dab in for like 3 seconds or so. Exhaling a more putrid, rotting sort of flavor took over. I love this terp.

The flavor just hangs around in the mouth and nose and eyes, with everything sort of on the edge of overwhelming for a long moment. The end of the flavor transitions from oniony to a sort of rotting animal. I kid you not, this was putrid and enjoyable.

From the moment I exhaled, the dab had me vibrating at a higher frequency than normal. There was a good five minutes where I had to work hard to keep it together. I was definitely breathing manually for a while. It was a bit of a big dab, I'll admit.

Head on this was shattered. My mind was a runaway train in a ravine. I was so happy-dumb after I chilled out. My time was spent focused on entertainment and happily relaxing. Just basically input-only mode and watched a whole season of Taskmaster from a super secret drive.

Overall, the funk is for fucking real. This is carefully crafted cannabis, start to finish. Very little cannabis is this extremely pungent, and I absolutely love it. The chill on this was serious and hung around for a long time. Outstanding work by Phat Panda / Sticky Frog. 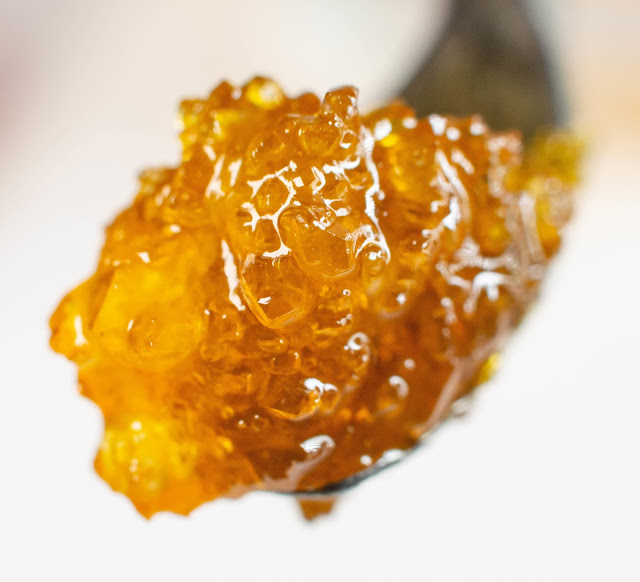 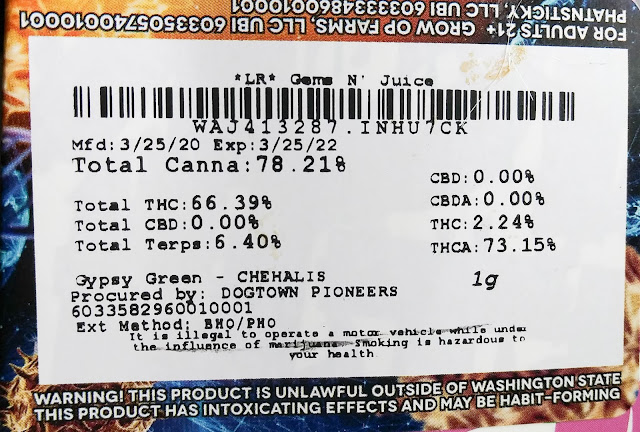