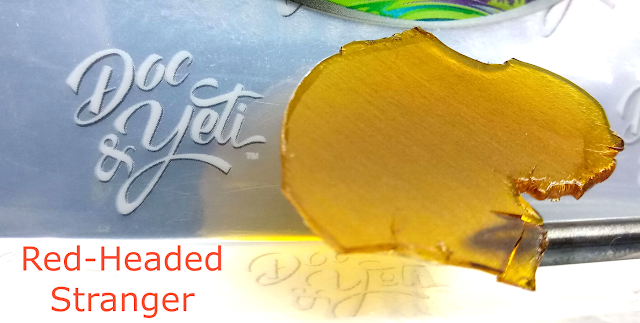 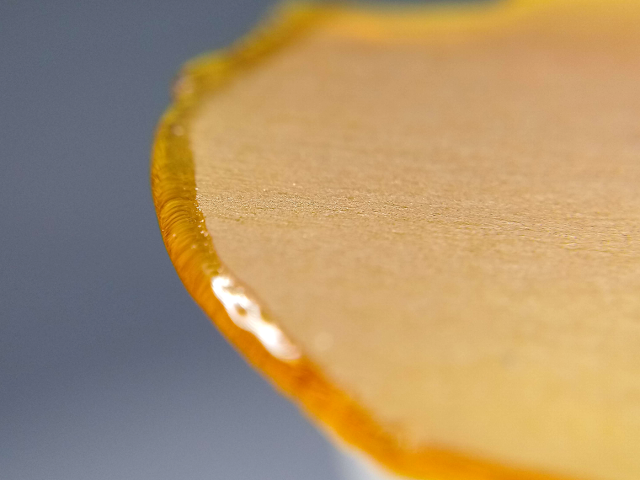 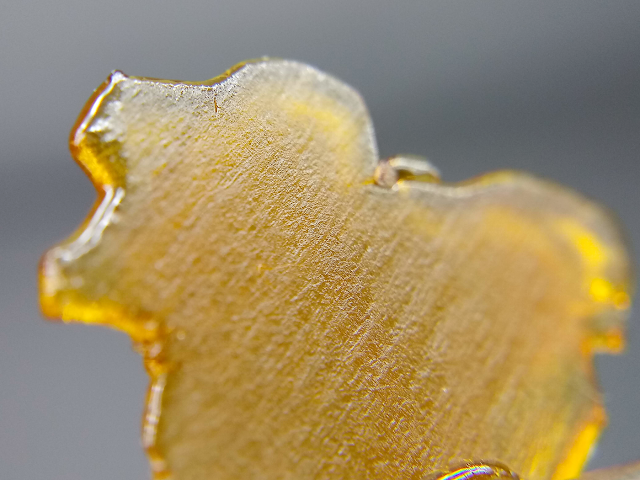 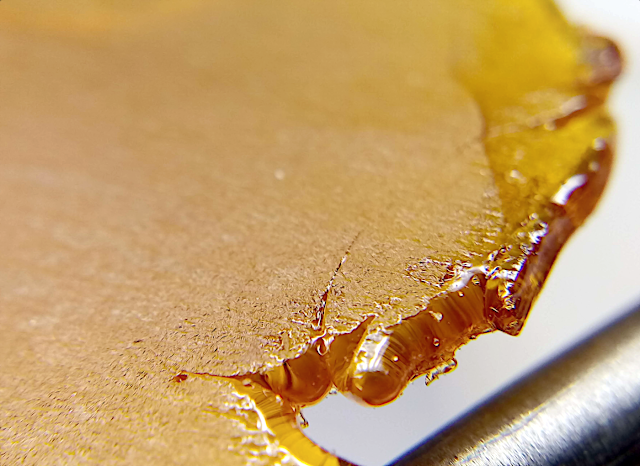 I've had this quite a few times, it's a strain I like from a farm that does good work, overall. Doc & Yeti have won several Dope Cup awards for their strains - including this one.

The shatter is this gorgeous crisp gold-yellow color that changes slightly with the light. It's incredibly crisp. From opening it until the end of the gram, this was sprinkling little shatter bits everywhere. I got most of them. That's just the nature of the beast.

There's' basically no aroma on this at all, as one would expect. It's pretty damn stable and clean. It melts nicely and clean into a transparent, yellowy.

On the inhale there's a nice clean vegetative with a generally grassy tone. There's light light fruity tones, maybe strawberry? Then the end is a big rose, floral flavor. It finishes with a syrupy sweetness that sticks around for a sec and cleanses the palate.

Right away this got me a bit jittery and close to racy. The Red Headed Stranger is very talkative and lead to lots of good laughter and storytelling, with a sort of edgy uplift to it.

Head on this was short and it was very moreish. We finished this gram really quickly - talking about how long a quarter gram normally lasts. Part of that was because shatter, part of it because it shattered so much, and part of it because it was just lots of dabs in a row keeping the fun running. 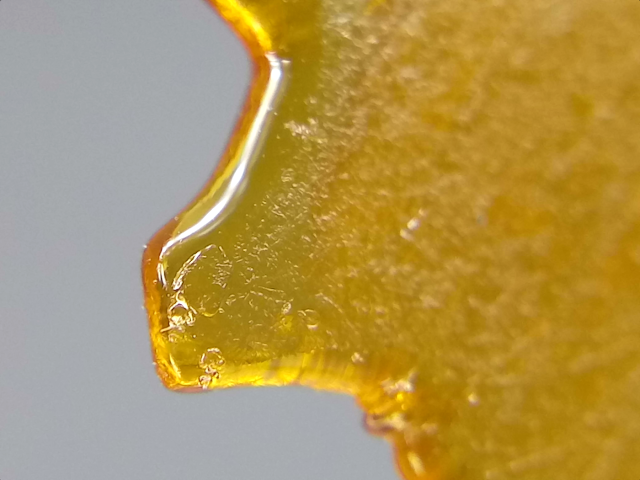 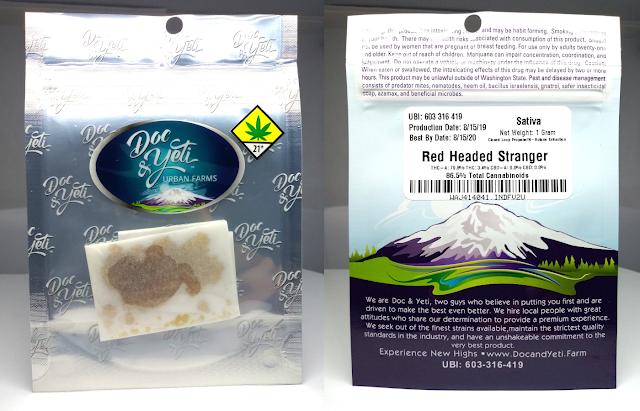 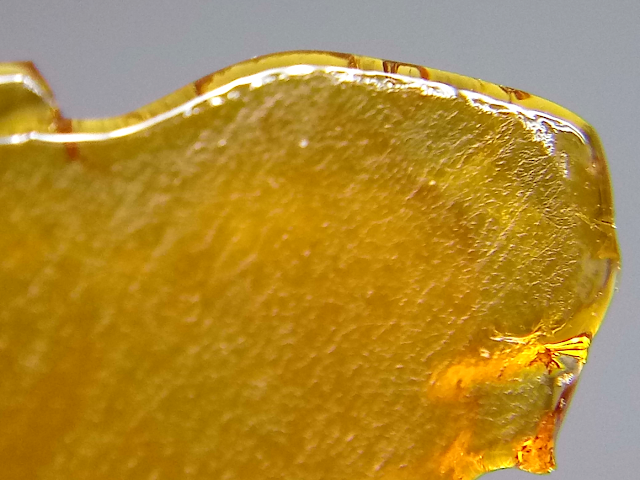